Important policy updates and information in response to the COVID pandemic

In 2008 I was involved in a project looking at the quality of service provision for addicts and alcoholics in Coventry and Warwickshire.

The conclusion of my mini-report back to the Drug and Alcohol Action Teams (DAATs) was that there was a lot of support available for people in addiction – but if it’d been a relay race, there were a lot of dropped batons (clients) when they were passed between organisations.

There was also a major shortfall in the support for family members, with nowhere to turn to for help and advice.

This motivated three of us in recovery to form ESH Works – which stands for Experience, Strength and Hope – a peer-led mutual support and user involvement organisation to support family members and help guide people through the complexities of recovery and the different services provided.

"There was a vision that one day we could run a totally peer-led professional residential rehab facility – not for any profit, but simply because it was the right thing to do."

We started in a small office in a local council ‘start-up’ enterprise hub, where we co-ordinated everything. When we first advertised the groups in some locations there would be no one there for the first month or more, until people started noticing the posters and leaflets that we’d dropped off at pharmacies and doctors surgeries.

I remember sitting in an empty room in at a community centre in Nuneaton one wet night, when two people came in. We’d been going to this room on the same night each week for nearly two months without anyone attending. We gave the couple a cuppa, talked through our experiences and the problems they were having with their son, and they went away saying we’d helped. As they continued to come back to our group we found out later that the husband was about to commit suicide the night they first came in, but had seen our leaflet that night in the doctor’s surgery and diverted to our group. That night changed his life and ours! They continued to attend the groups and volunteered with us for many years.

As this family support developed we had a moment of clarity and decided we should include an ex addict volunteer in long term recovery in each of our family groups. This was a revelation for our family members – they had a ‘tame addict’ to fire questions at, who didn’t pull the steel shutters down when asked about addiction. This approach is now recognised around the country as good practice, providing the volunteer is supported well in their own recovery so they’re not put at risk of the family discussions opening old wounds.

As a service user involvement organisation we also assisted in writing the service specification for Warwickshire’s new ‘integrated’ drug and alcohol services – and we stressed that the service had to be integrated to stop the ‘baton dropping’.

"We also suggested quite strongly that any service user involvement and peer led support should be outside the mainstream service to give it independence, credibility and a separate voice."

Winning a service user involvement contract gave us a little more stability in terms of regular income, and we took on staff to manage groups in four locations around the county. As our peer support activity continued to grow, we had to demonstrate that we were more than just a group of people in recovery helping each other. We needed to show that we kept our volunteers and staff safe, that we educated them and we looked after them. We looked around and decided to set up a formal peer mentoring programme based on the structured Mentoring and Befriending Foundation’s Approved Provider Standard (APS). It took about six months of hard work to pass the assessment, but we’ve been an approved provider for quite a few years now.

In 2013 Public Health England (NHS) were looking to expand residential treatment options and were offering funding to established organisations with a track record to establish residential support facilities. We won a capital grant to assist with the purchase a ‘clean house’. We took out a commercial loan with the bank and funded half ourselves, and we established the house alongside running our peer support activities in Warwickshire. The way we operated in the community was with structured day programmes in different locations around Warwickshire, including the family support.

The following year our user involvement contract was extended and we were secure for another couple of years.

In 2015 things started to move faster when we applied for another Public Health England (NHS) grant which again was targeting residential peer-led rehab projects – an absolute hand in glove situation for us. We already had the leading edge model of a small peer led facility designed support local residents and their families. When we were advised we’d been successful in the grant application our concept of opening a rehab wholly supported and managed by people in recovery was then very real.

It took six months of focussed effort to find the right location away from everyday distractions and then a further year to extend and refurbish the premises.

In 2017 we relinquished our community support responsibilities and moved the organisation along with all our experienced staff to the new location to operate the current rehab facility.

"Recovery is all about change for the person in addiction, and by assisting the families to understand and deal with their loved one's changing approach to life, we actually support their sustained recovery."

We’ve moved a long way from starting as a small peer-led support organisation to operating an incredibly successful residential rehab – and I'm even more proud to say that it's all been achieved by people who themselves are in recovery.

"We learned so much in the family sessions and it gave us a better understanding of addiction."
~ Family Member 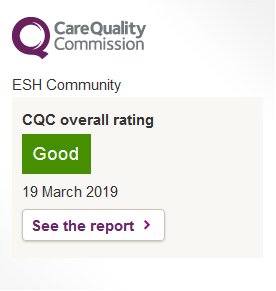 "The groups, activities, ethos and the fact that the whole facility is peer led, appealed to me greatly."
~ Resident

I could explain all the processes, best practices and government guidelines that a rehab should follow, and how to implement them, but as I started to write this article my thoughts were clear about what makes a successful rehab work for each and every individual resident – it’s the interaction between people, the staff, the individuals with the addiction problem, and their families and friends.

as built from a dream of peer-based recovery. Paul Urmston shares their story.

I used drink to cope. I didn’t really fit in the corporate world but I did it for fame, glory and money – all to make me look good in the eyes of other people. After coming out of detox and rehab for the second time I decided that enough was enough and that life was actually about being the person you really are and not what you thought everyone else wanted. So the acting stopped and I started a new life.